Austria calls for ‘axis of the willing’ to take action, and rifts widen in German coalition

This article titled “EU migration row boils over as Italy and France trade insults” was written by Jon Henley, Angela Giuffrida and Kate Connolly, for The Guardian on Wednesday 13th June 2018 16.49 UTC

France and Italy have traded insults, rifts have widened in Germany’s ruling coalition and Austria has called for an “axis of the willing” to take action as a simmering row over how Europe should handle irregular migration finally boiled over.

Rejecting French criticism of its immigration policies, Italy summoned the French ambassador on Wednesday and cancelled a planned meeting between the Italian economy minister and his counterpart in Paris.

The prime minister, Giuseppe Conte, was reportedly considering postponing a visit to Paris on Friday for talks with Emmanuel Macron after the French president said Rome had acted with “cynicism and irresponsibility” in turning away a migrant rescue ship.

Italy’s hardline new interior minister, Matteo Salvini, said the country had “nothing to learn from anyone about generosity, voluntarism, welcoming and solidarity” and demanded a formal apology.

Salvini, the leader of the far-right, anti-immigration League party, blocked the Aquarius from entering Italian ports this weekend, prompting an international outcry. The rescue vessel, which is carrying 629 migrants, was also refused by Malta and is now heading to Spain escorted by two Italian ships.

The case has reopened one of the main unresolved faultlines in European politics: how to share responsibility for migrants trying to enter the bloc from conflict zones and poor countries, mainly across Africa and the Middle East.

In Germany, the hardline interior minister, Horst Seehofer, pulled out of an integration summit hosted by the chancellor, Angela Merkel, saying Berlin should cooperate with Vienna and Rome in combating illegal immigration.

Seehofer, of the Bavarian conservative CSU party, met Austria’s chancellor, Sebastian Kurz. He declared his support for Kurz’s proposal for a three-way “axis of the willing” with Italy to fight illegal migration.

Kurz, who leads a coalition government with the far-right Freedom party, said a growing number of European governments were now agreed on the need to curb uncontrolled migration and crack down on people trafficking.

Seehofer told reporters he had spoken to Salvini, who also supported the proposed alliance. “Rome, Vienna and Berlin should work together at the interior minister level in the areas of security, fighting terrorism – and the core issue of immigration,” he said. “I accepted that … and we will push ahead with it.”

Seehofer has put himself on a collision course with Merkel, his coalition ally, by pushing a tougher line on immigration, including a proposal as part of a new draft national “migrant masterplan” that Germany should turn away at the border migrants registered in other EU states.

Merkel, who is working to pull together a Europe-wide deal on redistributing asylum seekers and find a more lasting solution to illegal migration involving enhanced controls along the European Union’s external border, has dismissed the plan as in breach of EU law.

It would also represent a complete reversal of the open-doors migrant policy she adopted in 2015, which saw more than 1 million migrants enter Germany and which is seen as having fuelled a sharp rise in support for the rightwing Alternative for Germany (AfD) party and caused deep rifts within her conservative bloc.

With xenophobia on the rise across the continent, and hard-right parties either in government or riding high in the polls in countries from Italy in the south to Sweden on the north, immigration has become an issue of existential importance for the bloc.

But member states remain deeply divided over burden-sharing plans aimed at warding off any repeat of the 2015-16 migration crisis, with “frontline” states like Italy, Greece and Spain complaining they are shouldering an unfair share of arrivals, wealthier destination countries such as Germany and the Netherlands arguing they have done enough, and hardline central European governments including Hungary and Poland flatly rejecting all compulsory refugee distribution schemes.

Salvini, who said last week he would not allow Italy to become Europe’s “refugee camp”, told the Italian senate he was open to a possible “axis” with Germany and Austria, ahead of a key EU summit at the end of June that will consider possible changes to asylum law to better share the burden.

“With my German and Austrian colleagues … we will propose a new [immigration] initiative,” Salvini said, adding that it would apply both to the EU’s external borders and to how member states manage migrants internally.

But he demanded an apology from France, challenging Paris to take in the migrants it had promised to accept under an EU agreement and accusing it of turning back 10,000 at Italy’s northern border.

He said France had committed to accepting 9,816 migrants under a 2015 EU redistribution scheme to relieve pressure on frontline countries, but in three years had accepted only 640 people.

Related: You want to be a citizen of France? Only superheroes need apply | Steven Poole

“So I ask President Macron to pass from words to action and tomorrow morning welcome the 9,816 France promised to welcome as a sign of concrete generosity and not just words,” he said. Conte called France’s approach to the migrant crisis hypocritical.

Macron later appealed for the two sides not to “give in to emotions that certain people are manipulating”, insisting that France was “working hand in hand with Italy” to handle migration. A French foreign ministry spokeswoman said Paris was “fully aware of the burden migration pressure is placing on Italy”.

Filippo Grandi, the head of the United Nations refugee agency, said the bitter dispute over which European country should take in the Aquarius vessel was “profoundly shameful”, but said more such incidents could be expected in the coming weeks as long as the bloc remained divided on its policies toward migrants and refugees.

Aloys Vimard, the Médecins Sans Frontières project coordinator onboard the rescue ship, said there was an urgent need for “politicians to discuss this, and for the EU to find a dignified solution for these vulnerable people. We are very, very concerned because political considerations are being prioritised over the safety of vulnerable people.” 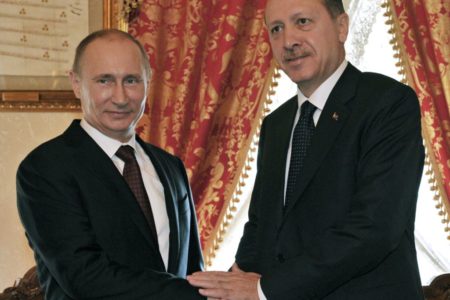 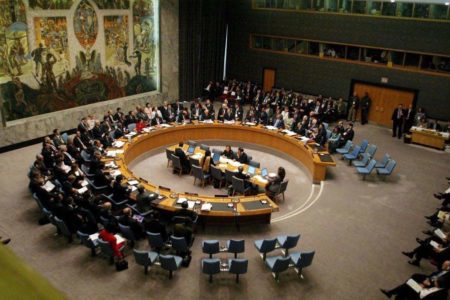