The Greek parliament began debating a no-confidence motion in the government on Thursday,with opposition lawmakers furious over Prime Minister AlexisTsipras’s deal aimed at solving a decades-old dispute with neighboring FYR Macedonia over its name.

Tsipras and FYR Macedonia Prime Minister Zoran Zaev reached a landmark agreement on Tuesday to call the ex-Yugoslav republic the “Republic of North Macedonia,” settling nearly three decades of wrangling over its name and removing an obstacle to Skopje’s bid to join the European Union and NATO.

But in a reflection of the depth of feeling over the issue,both Zaev and Tsipras were accused in their home countries of “national capitulation.” The issue has triggered mass protests both in Skopje and Athens in previous months.

The FYR Macedonia president has said he would try to block the deal, and in Greece, the opposition initiated a censure motion against the government, a first since Tsipras came to power in2015.

The debate in parliament is expected to wrap up on Saturday.

Tsipras’ governing left-right coalition has 154 seats in the 300-member parliament, so the government is unlikely to fall,but if parliament were to back the no-confidence motion Tsipras would have to hand over his mandate to the country’s president.

Tsipras is already trailing in opinion polls, hurt by the economic reforms introduced as a condition for a third multibillion-euro bailout for Greece in 2015.

The no-confidence motion, submitted by the opposition New Democracy, said the accord was the final blow for Greeks who have suffered years of austerity.

“This is a damaging agreement to our national interests,”the motion said. “It is a major national concession which cannot be tolerated.”

Tsipras’ coalition ally, the Independent Greeks, have saidpublicly they would not support the accord reached with Skopjebut would not topple the government, either.

Protests were scheduled outside parliament on Saturday night, although demonstrations in central Athens were also expected on Friday.

Under the deal, FYR Macedonia would become formally known as”the Republic of North Macedonia.” It is currently known officially at the United Nations as the “Former Yugoslav Republic of Macedonia.”

The deal still requires ratification by both national parliaments and by a referendum in Skopje.

“I am compelled, it is my duty, to exhaust every possibility offered in the constitution to avert this development,” New Democracy leader Kyriakos Mitsotakis said.

In another debate earlier, Tsipras shrugged off the no-confidence motion, saying it gave him an opportunity to expose the see saw tactics of New Democracy, whom he blamed fora series of blunders on the issue when it was in government.

“What goes around, comes around,” Tsipras said.

Athens has long objected to its northern neighbor’s use of the name “Macedonia,” saying it implies territorial claims on a northern Greek province of the same name and amounts to the appropriation of Greece’s ancient cultural heritage.

However, FYR Macedonia’s leading opposition party, the rightist VMRO-DPMNE, called on those who reject it to protest on Sunday.

Zaev does not hold the two-thirds majority in parliament needed to push the measure through automatically.

And while the government holds the executive power, President Gjorge Ivanov said on Wednesday he would not sign the deal, contending it violated the constitution. 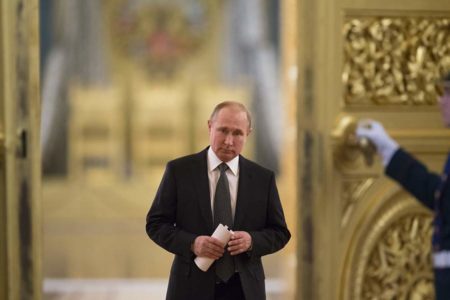 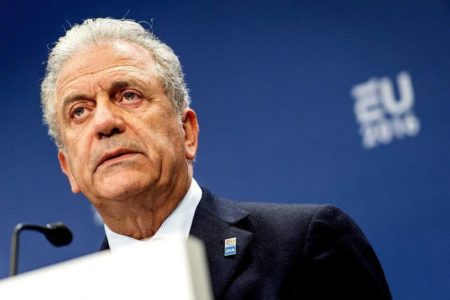