A Turkish court has ordered U.S. pastor Andrew Brunson to remain in jail on terror charges. The ruling came in the face of intense lobbying by Washington for the pastor’s release and is likely to ratchet up bilateral tensions between the NATO allies.

The judge ruled the next hearing in the case would be on October 12. Brunson, waving to supporters, said only thank you. It is the third time the court has rejected his plea for release. Brunson has been held for nearly two years.

Speaking to reporters outside the courthouse, Philip Kosnett, U.S. charge d’affaires in Turkey, expressed disappointment with the decision.

“I’ve read the indictment; I’ve attended three hearings. I don’t believe that there is any indication that Pastor Brunson is guilty of any sort of criminal or terrorist activity. Our government remains deeply concerned about his status, as well as the status of other American citizens and local Turkish employees of the U.S. diplomatic mission who have been detained under the state of emergency rules.”

Kosnett, speaking before the court decision, had warned of the damaging effect of the case on U.S.-Turkish relations.

Brunson faces up to 35 years behind bars for supporting followers of U.S.-based Turkish cleric Fethullah Gulen, blamed for a 2016 failed coup. Gulen has denied any role in the attempted coup. Additionally, Brunson is accused of assisting the outlawed Kurdish insurgent group the PKK.

The 50-year-old Brunson has lived in Turkey for more than two decades. The North Carolina native worked as a pastor serving a small Protestant congregation in the western Turkish City of Izmir, close to the town of Aliaga where he is now on trial. Brunson has spent much of his incarceration in solitary confinement. Brunson describes the charges against him as “shameful and disgusting.” Ahead of Wednesday’s hearing, Brunson’s lawyer, Ismail Cem Halavurt, had expressed tentative hopes of his client’s release with the prosecution presenting its final witnesses. “We have been saying that he must be released under the law since day one,” Halavurt said. We expect him to be released following the completion of the evidence collection.”

Washington has intensely lobbied Ankara for Brunson’s freedom. U.S. President Donald Trump reportedly raised the pastor’s case in a telephone call Monday with his Turkish counterpart, Recep Tayyip Erdogan. Trump had earlier dismissed the lawsuit. “They call him a spy, but I am more a spy than he is,” tweeted Trump.

The U.S. Congress is threatening to introduce sanctions on Turkey if the pastor is not released.

Several members of Congress have accused Turkey of hostage taking by seeking to use Brunson as diplomatic leverage. Adding to Congress’s anger, three local employees of U.S. diplomatic missions in Turkey are also being held on terrorism charges. Ankara strongly denies allegations of hostage taking, maintaining that the cases are a matter for the courts.

“It’s (the Brunson case) very important because it’s already an obstacle and sticking point between the countries, having prompted the discussion about sanctions against Turkey,” political columnist Semih Idiz of Al-Monitor said. “Senators are coming to Turkey and Trump referring to Brunson as a hostage. Tensions will increase, calls for sanctions against Turkey will increase, and the downward spiral in relations will continue (if the trial continues).”

The blocking of the U.S. sale to Turkey of a new F-35 fighter is a move that has been threatened by Congress.

Turkish financial markets fell heavily on the news of Brunson’s ongoing detention. The falls reversed earlier gains stoked by the expectation of the pastor’s release and the hope of improved U.S.-Turkish relations.

Erdogan and his advisers have linked the Brunson case to calls to extradite Gulen in connection with the 2016 coup attempt. Turkish Foreign Minister Mevlut Cavusoglu said Sunday U.S. authorities were cooperating in investigating Gulen and his followers. Observers, however, say the detention of Brunson suggests Ankara could be looking for more concessions from Washington.

Erdogan could release Brunson under the presidential power to free jailed foreign citizens if it is deemed to be in the country’s national interest.

The ongoing jailing of Brunson comes as analysts point out the two countries were making tentative progress on a number of disputes. In the past few months, there have been intense diplomatic efforts to resolve differences over Syria and Ankara’s controversial purchase of a Russian S-400 missile system. Observers warn if Congress carries out its threat to sanction Turkey over Brunson’s jailing, it will likely add to broader diplomatic tensions. 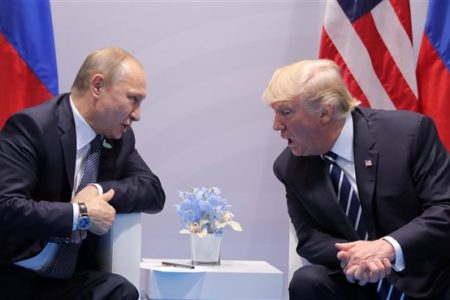