The efforts to find the missing persons, identify the dead and offer relief to those affected by the devastating fires in Attica, continue unabated. 82 people have lost their lives from the devastating fire in Attica – according to the latest information from the Fire Brigade – 60 people are injured and thus hospitalized, 11 are in intensive care, while four children are out of danger at the Children’s Hospital. The exact number of missing persons remains unknown, while the appeal to find the missing 9-year-old twins has generated great interest. The citizens can call the Fire Brigade at 199.

The relatives of the victims are invited to arrive tomorrow Friday July 27 from 8am to 8pm, at the Forensic Service of the University of Athens (Mikras Asias st., in Goudi) to give a DNA sample and be informed of the identification process.

The Greek government announced an integrated package of emergency measures for the inhabitants affected by the fires and the municipalities. This  includes a bonus of 5,000 to 8,000 euros to affected families and businesses, tax and insurance reliefs and exemptions, unemployment benefit and a lump sum for those who have been deprived of their work, two mixed pensions to the pensioners affected. The families of victims are given a sum of € 10,000, a monthly allowance of € 1,000 to underaged children, student transcripts, and a 20% bonus to students who participated to this year’s national exams

The affected municipalities will be given 2 million euros for the reconstruction and compensation of the destroyed houses and the rehabilitation of the infrastructures, funded by the State, the Parliament, businesses, foreign states and citizens. An army unit located at the Municipality of Rafina is at the disposal of those affected and will offer free meals. Also, a team of specialized engineers is on site for the road network rehabilitation and the flood protection works.

Three public schools will be open from tomorrow in Rafina and Nea Makri, said Education Minister Kostas Gavroglou in an effort to help the parents and their children affected by the deadly fires of Eastern Attica. As the minister said, teams of teachers will be at the 1st Primary School and the EPAL in Rafina as well as at the 1st Gymnasium in Nea Makri. Parents can bring their children to participate in creative workshops and discussions.

The mobilization and solidarity of ordinary citizens, organisms, organizations global community, European Institutions and the Hellenic Community defies any expectation. The Board of Directors of the Bank of Greece has decided to disburse an amount of € 5,000,000 as a contribution towards the reparation of the damages and the support of the victims.

Here are the account details for those who want to contribute:

Assessing the damages in the fire-stricken areas

PPC announces measures for the people affected by the fires 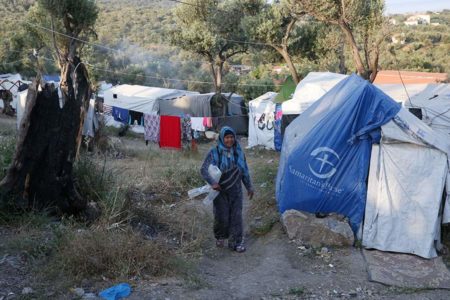