German Chancellor Angela Merkel said on Thursday her government would step up efforts to deport rejected asylum seekers faster, after hundreds of far-right protesters called on her to resign over her migration policy.

The anti-Islam PEGIDA movement organized the protest against Merkel’s decision in 2015 to leave German borders open to about one million refugees, mainly from Muslim countries.

That caused a rise in anti-immigrant sentiment and helped propel the anti-immigrant Alternative for Germany (AfD) party into parliament in national elections last year.

The protesters chanted “Merkel must go!” and “Get lost” as she arrived in Dresden in the eastern state of Saxony to meet regional lawmakers of her Christian Democratic (CDU) party.

Far-right views are more widespread in Germany’s formerly communist east than in the west.

Merkel has repeatedly defended her decision to admit hundreds of thousands of migrants as a humanitarian necessity, but has since vowed to prevent a repeat of such a situation and to battle the root causes of migration into Europe.

Speaking after her meeting with lawmakers, she said she was aware that her decision on refugees had unsettled voters and raised concerns about the state’s ability to act and stay in control.

“I made clear that we have a situation now where not all problems have been solved, especially deportations are still a big problem,” she told a news conference. “The federal government will assume more responsibility here, especially by helping to procure the needed documents.”

Local authorities say they often struggle to deport rejected asylum seekers because they have no passports and due to the reluctance of foreign countries to issue provisional identification documents for them.

There were also counter-protesters in the vicinity but no clashes or other incidents had been reported so far, a police spokesman said. He declined to estimate the number of protesters.

Saxony will vote for a new state parliament in September 2019 and polls suggest that the AfD could become the second-strongest party, with the CDU likely to come in first.

In US dispute, a few Turks destroy iPhones in online posts 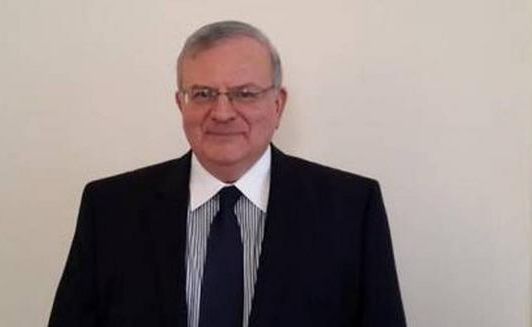