The world’s currency markets started declining last week as Turkey’s economic turmoil triggered fresh fears its fallout could spread amid predictions that Turkish woes might trigger a repeat of the 2008 global financial crash.

Stock prices of European banks, big lenders to Turkey, plummeted and the currencies of China, Brazil and Mexico all have weakened.

“We are going to have another crash that will be worse than 2008 in certain ways,” financial analyst Tim Lee, author of the investment risk newsletter piEconomics, told The New York Times.

Many analysts now say, though, that the wider economic consequences from Turkey’s debt and currency crisis will mostly be limited, with the biggest impact likely felt by Britain, whose banks have lent the most, according to an analysis by Deutsche Bank economist Oliver Harvey.

Turkish businesses and real estate developers have resorted to cheap foreign loans made in U.S. dollars even more than than their counterparts in other major emerging market economies. They have used the borrowed money to fund apartment buildings, factories and shopping malls that have reshaped the skylines of cities and towns across the country, from Istanbul in the north to Gaziantep in the south.

And Turkish banks have been encouraged by President Recep Tayyip Erdogan, whose series of election victories has been due partly to the economic transformation he’s overseen, mainly thanks to cash-flow from overseas. Living standards have risen dramatically — that is until recently. Foreign loans powered the Turkish gross domestic product to grow 64 percent between 2002 to 2012.

Erdogan’s government has spent massively on infrastructure, building new roads, airports and a high-speed train network. But fueling a boom with borrowed cash has now left Turkey with runaway inflation, a huge trade deficit, a large dollar debt and a plunging currency. The lira has lost 40 percent of its value against the dollar this year, making it more expensive to repay loans. The cost of servicing foreign borrowings has risen by 25 percent in the past two months.

According to analysts at French bank Societe Generale, Turkey’s government and businesses will face repayments in October of nearly $3.8 billion on foreign currency bonds. The country’s currency woes have sparked worries about Turkey’s external debt and the ability of its firms and banks to repay them.

The country was muddling through and just about able to contain its economic woes. But the recent rise in U.S. interest rates, which also have affected Argentina and Chile, and the confrontation with Washington over the jailing of an American pastor, Andrew Brunson, has changed all that. The imposition by U.S. President Donald Trump of sanctions and tariffs on Turkish exports has accelerated the flight of foreign investors.

Erdogan, in defiance of economic orthodox, has turned his back on introducing austerity policies and has dug in against rising interest rates, which at present are 17.75 percent. He says the economic turmoil is the consequence of a foreign plot against Turkey.

On Monday he said the attack on Turkey’s economy was no different from a strike against its flag or the Islamic call to prayer, responding to a recent currency selloff in stark religious and nationalist terms. The aim, he said, was to bring “Turkey and its people to their knees.”

Few analysts doubt Erdogan risks greater trouble by turning his back on a conventional approach and opting for more interest rate hikes and an external funding anchor. They predict the Turkish government will have to ask the International Monetary Fund for a bailout.

“Can it bring about recovery without reneging on its pledge not to raise interest rates or approach the IMF? It is possible, but not probable,” according to Mohamed el-Erian, a former chairman of former U.S. president Barack Obama’s Global Development Council.

Now a chief economic adviser at financial services company Allianz, el-Erian believes unless it returns to a more conventional strategy it could “prove problematic for other emerging economies.” But he is not predicting a global financial meltdown if it doesn’t.

“Most country-born crises are often found to be idiosyncratic or specific to issues within the country involved and unlikely to contaminate neighboring nations,” he argued. “We are not expecting that the situation in Turkey will deteriorate to the extent that it poses a threat to the world economy.” 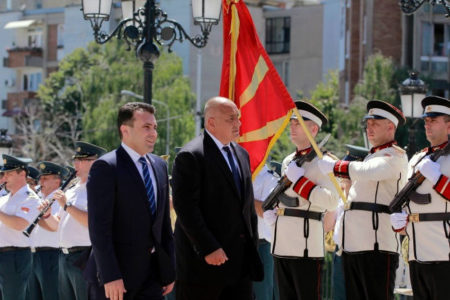