Nineteen humanitarian aid groups are urging that steps be taken immediately to ease “desperate conditions” for more more than 17,000 migrants “crammed in Greek island reception centers with a total capacity for only 6,000.”

The groups, in a statement Thursday, said they were seeking”sustainable solutions” to relieve congestion and improve conditions.

Migrants, primarily from Syria, Iraq, Afghanistan but also from African countries, are living in squalor on several overcrowded Greek islands near Turkey’s coast, according to the statement, whose signatories include Oxfam International.

That organization released a separate statement of complaint earlier this week, noting that “thousands of refugees and other migrants are trapped … in trailers and tents that are blazing hot in summer and freezing cold in winter. Access to running water is limited.”

With overcrowding, “the situation is particularly alarming for women, who are at heightened risk of sexual violence and abuse,” the Oxfam statement said.

She said that Moria, a camp on the eastern island of Lesbos near Turkey, holds nearly 8,800 people,almost triple its intended maximum capacity of 3,100.

The aid groups’ complaints dovetail with those of local government authorities, who found that, at Moria, broken sewage pipes have spilled wastewater near the tents and shipping containers that provide housing.

“The fact that there are too many people in tents and containers is also a risk for the spreading of diseases,” Bouchetel said, adding that “there are problems with access to medical services.”

The regional North Aegean Prefecture warned in a Sept. 7 letter to Greece’s Migration Policy Ministry that it would shut down Moria in 30 days unless health hazards there were corrected, various news media have reported.

The Athens government has been transferring some asylum-seekers to the mainland and aims to improve efficiency in processing, Reuters reported this week.

During the first full week in September, 504 asylum-seekers moved to the mainland, according to the U.N. refugee agency.

Bouchetel said Lesbos has roughly 11,000 people anticipating asylum hearings, awaiting their interviews “for months and sometimes for years. We meet regularly people who have been stuck in Lesbos for over a year or even two years awaiting a decision or for an interview.”

Different procedures for different nationalities explain some of the holdup, she said. But she also blamed delays on “the lack of staff and the lack of capacity by the asylum service administration in Greece.”

The European Commission this summer announced plans to set up “controlled centers” in volunteer countries in the European Union to process the asylum claims of migrants rescued at sea.

Bouchetel said the plan for controlled centers “would be a recipe for failure,” instead serving as “de facto detention centers inside Europe and basically … replicating a model that is very similar to the ‘hot spots’ that we see here in Lesbos. And it is obviously a system that is not working.”

Lesbos has been a favored entry point to the European Union since the migrant crisis unfolded in 2015. Since then, at least a million migrants have crossed Greek borders, the New Europe website reports.

This report originated with VOA’s English to Africa service. 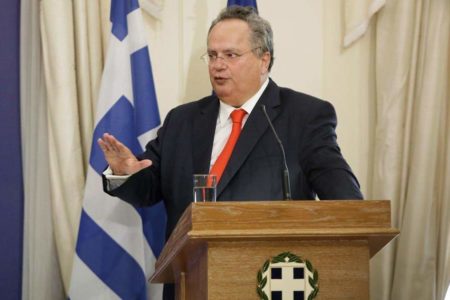