Shipowner Vangelis Marinakis has filed an injunction at the Council of State for the return of his passport, held by the Greek police over a pending trial involving the heroin-laden freighter “Noor 1”.

Marinakis, owner of Olympiakos FC and the former Lambrakis media group, is banned from leaving the country following a prosecutor’s orders. He is fighting the order at Greece’s highest administrative court, which has set the discussion date as February 5, 2019.

The case of “Noor 1” began when authorities confiscated one ton of pure heroin at the port of Eleusis, where the ship docked in the summer of 2014. Another 1.1 tons were found at the house of shipowner Makis Giannousakis.

Following the complicated case which involved over thirty defendants, several murders of possible witnesses and an assassination attempt against a judge, sentences were handed out against Giannousakis and others, who went on appeal in August 2016.

Meanwhile, reopening the case, the Piraeus prosecutor summoned Marinakis to testify in December 2017 on suspicions of money laundering involving some of the above defendants. In March 2018, Marinakis was prosecuted for alleged money laundering and setup of a criminal organization for drug trade. Due to the gravity of charges, the case was turned over to the state prosecutor for corruption, whose decision it is awaiting at present. 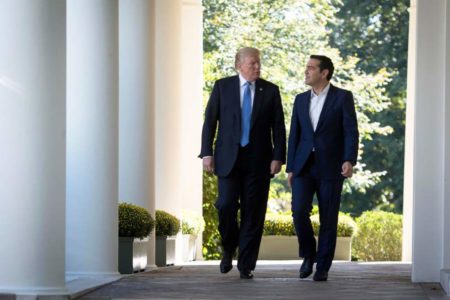