More than 40 years after working on the impeachment of Richard Nixon, former Rep. Elizabeth Holtzman is back on the case.

This time, it’s with a book: “The Case for Impeaching Trump.”

“The book really forced me to think this through,” Holtzman, a New York Democrat and member of the House Judiciary Committee in 1974, said during a recent telephone interview. “There’s so much news every day being thrown at you that it’s hard to separate it all out. When I did, it became clear there was a basis for proclaiming the president had committed high crimes and misdemeanors.”

“The Case for Impeaching Trump” is part of a wave of new books and reissues of older works that is inspired by ongoing debate about President Trump and such allegations as collusion with the Russians during his 2016 campaign and his May 2017 firing of FBI Director James Comey, who had been looking into Trump’s Russia ties. While few imagine Trump’s actual expulsion — a two-thirds vote in the Senate would be required — polls do show backing for impeachment that rivals calls for Nixon’s removal in the final year of his administration. An August Suffolk University/USA TODAY poll found 44 percent saying that the House of Representatives should seriously consider impeaching Trump, and 47 percent opposing. A March 1974 Harris poll, released five months before Nixon’s resignation, had 43 percent supporting his removal.

Holtzman’s book is being published in November by the Skyhorse imprint Hot Books as a response to Alan Dershowitz’s “The Case Against Impeaching Trump,” which the publisher released over the summer. Dershowitz, whose book briefly appeared on The New York Times’ hardcover nonfiction bestseller list, is a retired Harvard Law professor (Holtzman was a former student) and longtime Democrat who has often defended Trump in his media appearances on Fox News and other outlets.

Other recent works include Laurence Tribe and Joshua Matz’s “To End a Presidency: The Power of Impeachment” and Allan J. Lichtman’s “The Case for Impeachment,” both written by liberal critics of Trump.

Impeachment books are a specialized genre if only because impeachment itself is relatively rare. Andrew Johnson and Bill Clinton are the only presidents who have faced Senate trials after the House of Representatives voted for impeachment, for reasons many scholars have challenged, and neither were voted out. Meanwhile, a handful of federal judges have been ousted, one as recently as 2010.

There has never been a consensus for what merits impeachment, although then-Rep. Gerald Ford may have had the most realistic answer when in 1970 he declared that “An impeachable offense is whatever a majority of the House of Representatives considers it to be at a given moment in history.” Clinton’s impeachment stemmed from his lying about an affair with White House intern Monica Lewinsky. Johnson, a Democrat who fought so-called “Radical Republicans” over his opposition to granting blacks equal rights in the former Confederate states, was nearly unseated in 1868 over whether he had the right to fire Secretary of War Edwin M. Stanton.

Article Two, Section Four of the Constitution states that “The President, Vice President and all civil Officers of the United States, shall be removed from Office on Impeachment for, and Conviction of, Treason, Bribery, or other high Crimes and Misdemeanors.” For Holtzman and Dershowitz, the debate comes down to the meaning of “high crimes.” Dershowitz says that “high crimes” means serious crimes, those that would be punishable for anyone under the law. For instance, he does not consider Trump’s firing of FBI Director James Comey an impeachable offense, even if his intent was to impede the Russia investigation, because there’s nothing illegal in itself about a president changing FBI directors.

“When the president asked the director of the FBI to drop its investigation into Michael Flynn, the former national security adviser, or fired James Comey from the FBI, or provided classified information to the Russians, he was acting within his constitutional powers. Those actions may deserve opprobrium, but they should not be deemed criminal,” Dershowitz writes in his book.

Holtzman says “high crimes” means crimes unique to those in power, like the charges of obstruction of justice faced by Nixon and possibly by Trump. In her book, she quotes impeachment scholars such as the late Raoul Berger and includes a passage by Alexander Hamilton from the Federalist papers, in which he defines impeachable acts as “offenses which proceed from the misconduct of public men, or, in other words, from the abuse or violation of some public trust.”

″‘High crime,’ it’s a term of art,” Holtzman told the AP. “Basically, what it means is a crime that can be committed by someone who holds office. This covers crimes of a political nature.”

While some works specifically review Trump’s time in office, others offer a more general history. Oxford University Press has published Michael J. Gerhardt’s “Impeachment: What Everyone Needs to Know” and Yale University Press has reissued “Impeachment: A Handbook,” by the late Yale scholar Charles L. Black Jr., a widely read text during the time of the Watergate scandal that Holtzman quotes in her book.

Also this fall, the Modern Library released “Impeachment: An American History,” including essays by presidential historian Jon Meacham and historian Timothy Naftali, former director of the Nixon presidential library. The book includes an introduction by Jeffrey A. Engel, an author, commentator and founding director of the Center for Presidential History, at Southern Methodist University. 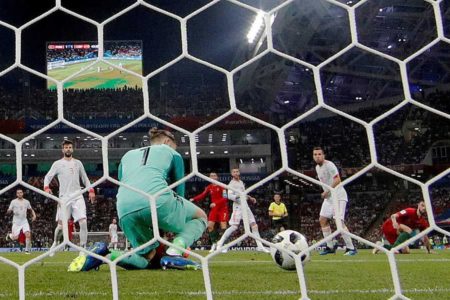