Kimberly Williams acknowledges that she may not be what many people think of when they hear the phrase “evangelical Christian.”

In fact, Williams herself isn’t sure she embraces the label these days, even though she leads worship at the District Church in Washington, D.C., which by any definition is evangelical in belief.

“I’m still wrestling with it,” she says, worried the phrase has become too politicized and misunderstood. “As a woman and as a person of color, it’s just hard,” says Williams, an African-American.

That’s a growing sentiment within church-going evangelical circles in the U.S., especially among the expanding number of evangelicals who are nonwhite.

Almost 1-in-3 American evangelicals are not white, according to a 2017 study by the Public Religion Research Institute. And though many evangelicals of color embrace a conservative theology, their political beliefs are more varied than is commonly portrayed in the media.

As the 2018 midterm elections approach, the schisms suggest evangelical Christians, who make up a quarter of the population, may not be as solidly supportive of President Donald Trump and the Republican Party as many suspect.

To hear Trump talk, he makes it sound as if he has the support of nearly every single evangelical in America.

“I love the evangelicals,” Trump told Pat Robertson, the founder of the Christian Broadcasting Network, in an interview last July. “They came out in massive numbers. And on top of that, I got 83 percent.”

A year later, Trump claimed that 84 percent of evangelicals had voted for him in 2016.

What Trump appears to be referencing are exit polls that suggested more than 80 percent of white evangelicals voted for him for president.

“America is this bubble where we still act like evangelicals are just white evangelicals, and they’re not,” says Jim Wallis, who heads Sojourners, a Washington, D.C.-based evangelical group focused on social justice issues.

“Evangelicals of color voted overwhelmingly against Donald Trump, while white evangelicals voted in a vast majority for him,” says Wallis. “There’s a real racial gap.”

The political divide is so drastic that many polling organizations, including Pew Research Center, don’t even attempt to measure generic evangelical political opinion without considering race.

“White and nonwhite evangelicals are at opposite ends of the political spectrum,” says Anna Schiller of Pew. “Analyses that explore the link between religions and partisanship without taking race into account would obscure far more than they would illuminate.”

When asked about their partisan leanings, Pew found two-thirds of white evangelical Protestants lean toward or identify with the Republican Party. For nonwhite evangelicals that figure was reversed, with 63 percent preferring the Democratic Party.

Another complication: there is no commonly agreed upon definition for the word “evangelical.”

The concept is so nebulous that historian George Marsden famously concluded that an evangelical is “anyone who likes Billy Graham,” the late evangelist.

Of course, evangelicals share certain features. They are almost all protestant. They usually believe in a personal conversion experience, think of the Bible as God’s literal words, and have some propensity to share their faith.

But most polls don’t ask about beliefs; instead, they go by whether someone self-identifies as evangelical — a tactic that some say produces misleading results.

If polls asked how often someone attends church, for instance, the data would totally change, posits Aaron Graham, lead pastor at the District Church in Washington.

Graham, whose church avoids either a conservative or liberal label, makes a distinction between the political and religious meaning of the word “evangelical.”

In a political sense, the word is often used to describe anyone who is “from the South, conservative, and white,” he says.

The District Church, which represents 60 different nationalities, shows the complexity of the issue.

“I would venture to say that most people in our congregation would embrace being evangelical theologically but not politically in the way it’s understood today,” he says.

In other words: polls are likely skewed because some people who aren’t practicing evangelicals will tell pollsters they are, while many devout evangelicals won’t even publicly embrace the label.

To be sure, a vast number of evangelicals do love Trump and are excited to vote in a midterm election they see as a referendum on his administration. Trump has been championed by some of the most prominent leaders in the church, including evangelist Franklin Graham, son of Billy Graham, and Jerry Falwell Jr., president of Liberty University in Lynchburg, Va.

Many evangelicals are energized over what they considered unfair attacks on conservative Supreme Court Justice Brett Kavanaugh, who was accused of sexual misconduct in high school. He rejected the accusations as a political smear.

“We’ve seen an uptick in excitement from our base,” says Lance Lemmonds of the conservative Faith and Freedom Coalition.

Lemmonds, whose organization has knocked on over a million doors in a get-out-the-vote campaign, says conservatives are encouraged by Trump’s stance on abortion.

“This has been the most pro-life administration we’ve ever seen,” Lemmonds says. “And so evangelical approval of this administration is through the roof to this day.”

For this group of evangelical voters, issues like abortion, the Supreme Court and Israel have outweighed what they see as the personality flaws of Trump, a thrice-married, foul-talking, former casino mogul.

“We did not go to the polls to elect our local pastor to our church,” Lemmonds says. “Those are two completely separate issues. In many ways, it’s been compartmentalized.”

Despite the growing diversity in American evangelicalism, white evangelicals continue to dominate the political space, says Janelle Wong, professor of American Studies at the University of Maryland.

“White evangelicals turn out at higher rates than Asian-Americans and Latino evangelicals, many of whom aren’t registered yet or aren’t citizens,” says Wong, author of “Immigrants, Evangelicals and Politics in an Era of Demographic Change.”

Another factor: white evangelicals are concentrated in politically important swing states, while minority groups tend to live in liberal states like California.

However, minority voters have shown they can make the difference in local or state elections.

Most notably, African-American voters in Alabama were thought to have helped swing the recent U.S. Senate election toward Doug Jones, a Democrat, who defeated Roy Moore, a former Republican jurist who had been accused of having sexual relations with under-aged girls years ago.

But for many minority evangelical voters, who are conservative on issues such as abortion but liberal on things like immigration or the environment, there is no clear partisan home.

All of which suggests that when it comes to evangelical politics in the U.S., the truth is more complicated than it seems.

Back from Paris, Trump assails Europe on defense, trade 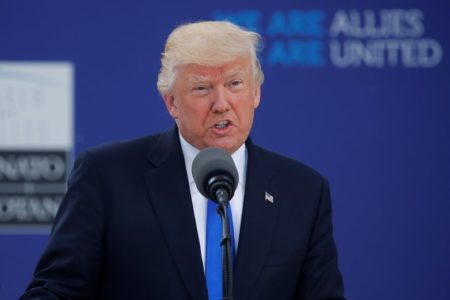 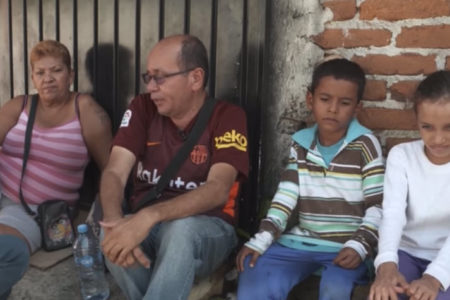