Greece’s parliament on Tuesday voted to scrap plans to cut state pensions, in a motion led by the left-led governing coalition hoping to shore up its flagging support ahead of a general election next year.

Athens agreed two years ago to cut pensions in 2019, in an attempt to placate lenders and get the International Monetary Fund (IMF) to back a third financial bailout the country clinched with its euro zone partners in 2015.

Eventually the bailout, worth up to 86 billion euros, expired in August without IMF assistance, and Athens has said better-than-expected public finances enable it to rescind the planned cutbacks.

The European Commission has approved the government’s decision.

“The time has come for people to be rewarded for their sacrifices,” Prime Minister Alexis Tsipras told lawmakers ahead of the vote, calling the step a “necessary breath for the people of labor … who saw their pensions and their dignity hurt.”

Pensioners, who are in many households the only people with an income due to the highest unemployment rate in the eurozone, have seen earnings shrink by up to 40 percent since Greece toppled into crisis in late 2009.

Tsipras’ term ends in 2019. His Syriza party is trailing the conservative New Democracy by about 10 points in opinion polls.

Since 2010, Greece has signed up to three international bailouts totaling almost 290 billion euros, and will remain heavily indebted for years to come.

The country is monitored by its eurozone partners and the IMF to ensure it does not veer off post-bailout targets aimed at maintaining high budget surpluses in coming years.

New Democracy (ND) accused the government of increasing taxes and handing out benefits from budget revenues to win votes.

“You are wearing the mask of the philanthropist just to tip people from their own savings,” ND leader Kyriakos Mitsotakis told Tsipras in parliament. 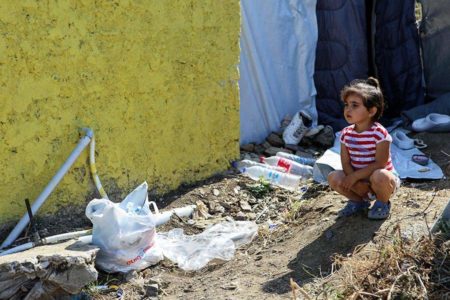 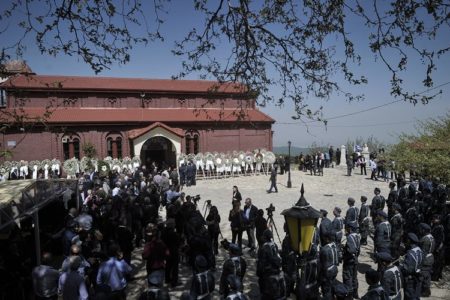