Fears for native biodiversity as climate ideal for propagation

The raucous squawking comes first. Then they are seen, banking and diving before they crash-land on trees.

If Greeks had been told, not long ago, that their skies would become the preserve of ring-necked parakeets, the response would have been one of incredulity.

But that was before the parks and gardens of Athens, and other cities, became colonised by bright-green, red-beaked parrots. There are now so many of the birds that the Hellenic Ornithological Society is conducting a Christmas parrot count into the new year in the hope of learning the extent of this aerial invasion.

“It’s a very important census that we’ll be carrying out in Athens, Thessaloniki and urban areas on islands like Rhodes and Crete,” said Panagiotis Latsoudis, who heads the society. “In Crete we believe parrot populations have increased greatly in all major cities.”

For several years Latsoudis, a teacher by profession, has been visiting the parks of Greece, usually at sunset, to roost count.

The results of his labours have left him in no doubt that the southern European nation has become a habitat of wild parakeets more normally associated with India, Asia, Latin America and Africa. Evidence has mounted of parrots competing for nesting holes with woodpeckers and bats.

In some ways, the Greek capital differs little from other European cities where the birds have also been multiplying at alarming rates. Parks in Brussels have been so overrun by parrots that debate has flourished as to whether the birds have become an invasive species at risk of outbreeding indigenous pigeons and sparrows.

But as their latest favoured destination Greece appears to hold special appeal.

“The climatic conditions here are ideal for their survival,” Latsoudis told the Guardian. “Not since the second world war have our parks been so mature, so full of exotic plants and fruit-bearing trees, which make it that much easier for the birds to survive and breed.”

It remains a mystery as to how birds native to Africa and the Indian subcontinent first got to Greece.

Ornithologists say parrots are not “typical migrants” and as such incapable of having flown huge distances via traditional migratory routes. Instead, most believe the birds are escapees much in the same way that escaped parakeets were first spotted in Britain in the 19th century.

“Far from being an urban myth we think they probably first arrived in cages at the old Athens airport and then escaped from captivity,” said Roula Tigrou at the ornithological society. “The first sightings of parrots were around there.”

Last month, authorities took urgent steps to remove parrot nests from trees in Athens’ national gardens, now a breeding ground for monk parakeets, for fear of the danger they posed to passing pedestrians. Indicative of the birds’ breeding rates – and healthy Mediterranean diet – some nests had become so gravid they were at risk of crashing from trees.

The census, initiated just before Christmas, involves ornithologists taking videos and screengrabs to track the parakeets and, said Latsoudis, aims to determine how fast parrot populations are proliferating.

Across Europe there are fears of the birds endangering native biodiversity. The European commission is considering placing parakeets on a list of invasive alien species.

In Israel, parrots with a liking for sunflower seeds have been blamed for damage to crops.

“Unlike our inaugural count last year this one is aimed at seeing how rapidly they are increasing and if they are doing so in a way that could become problematic,” said Latsoudis. “But I have to say there has never been any complaint of any damage here.”

Like environmentalists elsewhere, Greek ornithologists detect a prejudice against the exotic birds, drawing parallels with the way immigrants are subject to xenophobic abuse. “It sounds extreme but often the same arguments are used when people speak of the risk of parrots threatening our indigenous local fauna,” said Latsoudis. “Just as we hear that immigrants will take over our countries and homes, we hear that parrots will eclipse all other birds.”

Parakeets, he explained, had a particular penchant for eucalyptus trees in Greece. “Perhaps because they are evergreen, willowy and high they are ideal for camouflage,” he said. “Parrots seem like to that.” 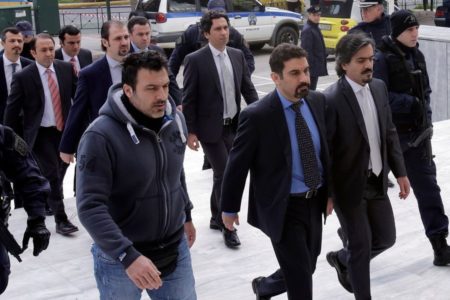 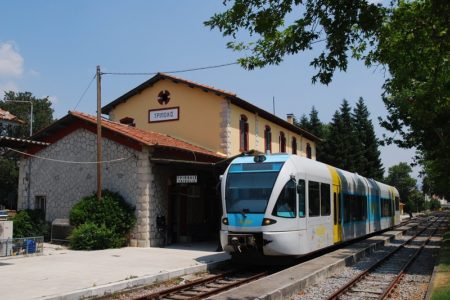