“We are gaining points of [economic] freedom,” Tsipras said during an interview with Greece’s Antenna television. Greece this week plans to file a request to the euro zone’s bailout fund, the European Stability Mechanism (ESM), seeking its consent for the early repayment of the loans, sources told Reuters earlier Monday.

The country emerged from its third international bailout since 2010 in August last year.

During the live interview, Tsipras also said his administration would not lower a tax-free threshold, a measure which has been agreed with international lenders and is supposed to take effect next year to broaden the country’s tax base.

“The tax free [threshold] will not be reduced as long as Syriza is in government,” Tsipras said, referring to his left-wing party in power since 2015.

Elections are due later this year and the leftist leader ruled out an election earlier than that, vowing his government would see through its full term of 4 years.

Greece is expected to meet its fiscal targets again this year and any outperformance will be distributed to the public, Tsipras said.

“After the [Easter] holidays I will meet with the minister of finance to consider what we can offer, not as a pre-election gift but as permanent relief measures because the Greek economy is faring better.” 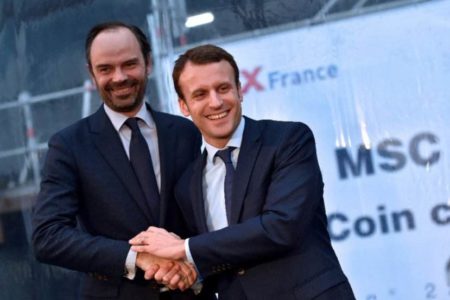