In a move expected to ratchet up tensions, Turkey is holding a major naval exercise amidst an escalating row over energy exploration rights in Cyprus. The dispute is adding to existing tensions between Turkey and its Western allies.

“Our aim in military exercises is to show that the Turkish Armed Forces are extremely determined, committed and capable of ensuring the security, sovereignty, independence, maritime rights and benefits of Turkey,” Turkish Defense Minister Hulusi Akar said Sunday.

Involving more than 130 ships, the two-week long Operation Seawolf exercise is set to be Turkey’s largest, with much of the naval deployment close to Cyprus.

“We take all necessary measures to protect the rights and the law of our country in the Aegean, the Eastern Mediterranean, and Cyprus,” added Akar.

Ankara and the Greek Cypriot Administration are embroiled in a dispute over search rights for hydrocarbons in the waters surrounding the Mediterranean Island. Turkey insists it has the rights to search for natural gas reserves along with the Turkish Cypriot administration.

Greek Cypriots reject Turkey’s demands and insist theirs is the only internationally recognized administration. The Island has been divided since 1974 after a Turkish invasion to protect the Turkish Cypriot minority, following a Greek-inspired coup.

The energy dispute escalated this month, with Turkey sending its Fatih exploration ship to search for hydrocarbons, in waters designated by the Greek Cypriots as an Exclusive Economic Zone (EEZ).

“Cyprus might be tempted to send its ships to the Faith [ship] where it’s drilling, all options are open, I am afraid,” said political scientist Cengiz Aktar of Athens University.

“The United States is deeply concerned by Turkey’s announced intentions to begin offshore drilling operations in an area claimed by the Republic of Cyprus as its Exclusive Economic Zone,” said State Department spokesperson Morgan Ortagus.

“This step is highly provocative and risks raising tensions in the region,” he added. “We urge Turkish authorities to halt these operations and encourage all parties to act with restraint.”

“The EU stands united behind Cyprus and expects Turkey to respect the sovereign rights of EU member states,” EU Council President Donald Tusk reiterated on May 9.

“This is not just rhetoric because the EU considers this as an open attack on the sovereign rights of a member state,” said Aktar. “Top EU officials have said the EU is ready to retaliate with appropriate measures, which can be sanctions. This is serious, as this will hit even more the Turkish economy.”

Former senior Turkish diplomat Aydin Selcen, suggests that beyond the harsh rhetoric, Turkey has a legitimate case and a compromise needs to be found.

“There are no realistic projects in that part of the Mediterranean without the coordination with Turkey,” he said. “Yet more and more we see that the U.S. coordinates Israel, Egypt, the Greek administration on Cyprus and Greece, apparently more pressure on Turkey.”

Washington has helped facilitate energy exploration and development cooperation between Israel, Egypt, the Cypriot government, and Greece. Turkey, which has strained relations with all the countries, has criticized such diplomatic moves.

A re-vote is scheduled for June 23rd after Turkey’s High Electoral Board controversially upheld Erdogan’s claims of voting irregularities.

“The government can resort to provocations ahead of the [June] vote inside, but also outside Turkey,” said Aktar. “Cyprus is definitely one of them, Syria is another along with ongoing tensions with Greece. Cyprus is the most concrete one as the Turkish vessel is now drilling openly in the EEZ in the south of the island, that is indeed quite dangerous

“It would be good for [Greek-Cypriot President Nikos] Anastasiades to remember 1974 and keep it fresh in his memory,” warned AKP spokesman Omer Celik in a news conference, referring to Turkey’s Cyprus invasion.

For Turkish nationalists, the Cyprus invasion is heralded as a great victory.

Erdogan too is stepping up the rhetoric.

“The legitimate rights of Turkey and the Northern Cypriot-Turks over energy resources in the eastern Mediterranean are not open to argument,” he said. “Our country is determined to defend its rights and those of Cypriot-Turks,” he said at an Istanbul NATO gathering this month.

“We expect NATO to respect Turkey’s rights in this process and support us in preventing tensions,” he added.

Erdogan is likely to be disappointed in his calls for support, with international criticism building against hid country. Analysts warn the dispute threatens to further isolate Turkey in the region. 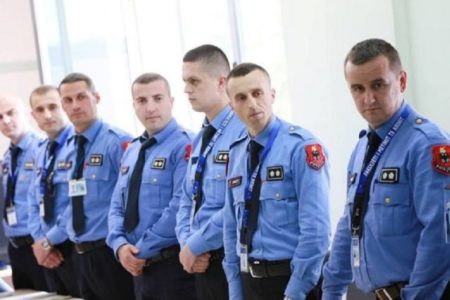