Some North Korea defectors are feeling betrayed by U.S. President Donald Trump for his praise of North Korean leader Kim Jong Un during their meeting in Singapore, rather than confronting him about widespread human rights violations committed by the repressive government in Pyongyang.

At the U.S.-North Korea summit in Singapore on Tuesday President Trump called the North Korean leader a “terrific person” and “a great leader,” and that he cares greatly about the welfare of his people.

Jung was among a group of defectors that met with the president in the White House after his State of the Union address, in which Trump called the Kim government a “depraved” and “cruel dictatorship.” Jung said Trump led the group to believe that he would confront the leadership in Pyongyang about the widespread abuses in the country. Now he feels let down.

“I was really disappointed. We trusted this big country, the United States, and we have been working on the North Korean human rights issue together until now, but now I am not sure if we can work together in the future,” said Jung, who is also a human rights activist with a group called No Chain.

More than 40 percent of North Korea’s population of 24 million is undernourished and live in poverty according to the United Nations. The totalitarian state also restricts travel, prohibits outside information, strictly controls the media, and brutally suppresses dissent by imprisoning over 100,000 people in political prison camps, and possibly subjecting them to torture, rape, murder, according to a 2014 U.N. report that recommended the leadership in North Korea be prosecuted for crimes against humanity at the International Criminal Court.

Kim Yong-hwa, another defector, who is part of group that uses the ocean current to send rice to the impoverished North, had also come to believe that Trump was committed to end Kim’s repressive rule. But at the summit, he said, Trump strengthened Kim’s hold on power.

“Trump, the leader of the whole world, acknowledging that Kim Jong Un is a smart and talented guy, is like stabbing the heart of the North Korean residents,” said Kim Yong-hwa, who is also an activist with the North Korean Refugees Human Rights Association of Korea.

These defectors turned to Trump in part because South Korea had already embraced an engagement strategy with North Korea. They say officials in Seoul are pressuring them to stop sending banned information into the North that could hamper cooperation efforts underway.

While Trump said he did talk about human rights with Kim, the advocacy group Human Rights Watch criticized the president for leaving it out of the final declaration, and said that the North Korean people were the big losers from the Singapore Summit.

“The human rights situation in North Korea hasn’t changed one iota as a result of the summit. You know, human rights is a forgotten issue,” said Phil Robertson, the deputy director of Human Rights Watch’s Asia division.

Suzanne Scholte, a human rights activist with the North Korea Freedom Coalition said it made her “stomach queasy” seeing Trump on stage with Kim, whom she described as a “mass murderer,” but it may ultimately work to weaken the North Korean leadership.

“That image will undermine Kim Jong Un at home because it will [counter Kim regime propaganda by showing] that the United States is somebody who wants to work with North Korea to bring about peace and prosperity, because that’s what Trump is emphasizing,” said Scholte.

Greg Scarlatoiu, with the U.S.-based Committee for Human Rights in North Korea said he was disappointed that human rights was not discussed in any substantial way, but noted that the summit is the beginning of a longer diplomatic process.

“From now on, I think there will be more chances for [the U.S.] to bring up human rights. The president said he mentioned human rights so [there is no need to have] major concerns,”Scarlatoiu said.

Lee Yoon-Jee in Seoul contributed to this report 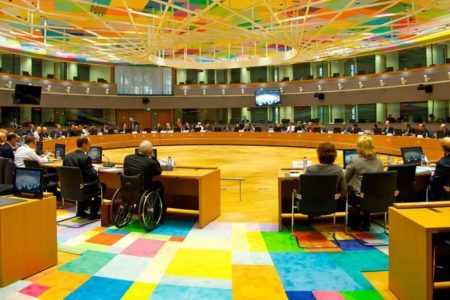