For a NATO-member warship, Greece’s Olympias is pretty unusual. It’s got a zero carbon footprint, no whale-zapping sonar and an antiquated propulsion system.

The 37-meter (121-foot) wooden vessel moored off southern Athens is an experimental reconstruction of the trireme, the sleek ancient Greek warship that halted a Persian invasion of Europe and ruled the Mediterranean for centuries.

Every summer, visitors can get a whiff of life in the galleys 2,500 years ago by joining the crew of the Olympias— and work up a sweat rowing it.

The long, narrow ships carried two small sails, but propulsion was mostly provided by 170 oarsmen, seated in three rows below deck. Lower ranks got to smell the upper ones’ feet.

Visitors do all the rowing on the Olympias‘ two-hour-long public trips, conducted near Salamis island where, in 480 B.C., outnumbered Athenian triremes vanquished a Persian armada in one of the world’s most famous sea engagements.

“I was surprised at how much work it is [to] move forward,” said Swiss visitor Martin Roosli. “I can [hardly] imagine how you can row from one island to the other with this boat.”

A small navy contingent under Commander Nikos Polychronakis handles the sails and gives commands and the beat. Originally, a flute-player would have provided the rhythm— ancient Greek navies didn’t use whips, and the oarsmen were free citizens.

Polychronakis said prospective rowers worry that they’re unfit, too old, or lack rowing skills. “None of this is so important,” he told The Associated Press. “We just aim to get people to know the trireme and have fun.”

For safety reasons, the 47-tonne replica’s sorties are accompanied by navy speedboats and a fire-fighting ship.

With a top speed of 9 knots, it’s armed with a bronze ram that could smash through the thin planking of enemy vessels. No substantial ancient wrecks have been found.

“It has great maneuverability, can travel in very shallow waters and— for its time— is very fast,” Polychronakis said.

Built under plans by British naval architect John Coates in 1985-87, Olympias carried the flame for the 2004 Athens Olympics and then spent a decade on land. Trips for the public started in 2016.

In the 4th century B.C. Greek states experimented with progressively bigger galleys with more than one person per oar, but never more than three banks.

One twin-hulled behemoth probably had up to eight men per oar. According to one ancient writer, it carried 4,000 oarsmen, 400 other sailors and 3,000 marines. 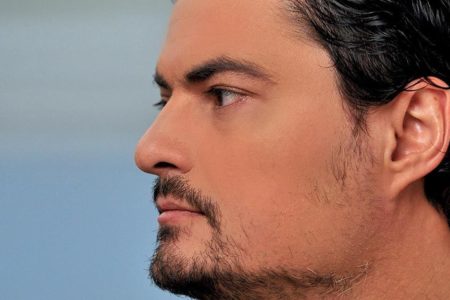 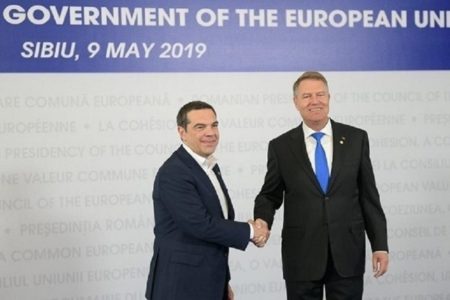