Greece will participate in a space mission to the Moon, according to the collaboration agreement signed between the Hellenic Space Agency (HSA) and NASA, on the sidelines of the World Space Symposium held in Colorado, USA.

The announcement was made to ERT by the Minister of Digital Policy, Nikos Pappas, from the city of Colorado Springs, where the symposium is held.

The joint agreement signed by HSA CEO Georgios Mantzouris and NASA Commander Jim Bridenstine foresees the cooperation between the two organizations in the framework of the NASA program: Advanced Human and Robotic Exploration On and Around the Moon “, as well as the launch of a general collaborations in all domains of space exploration.

The agreement also foresees sending up a robotic lunar vehicle, which is expected to take place in 2022, in order to explore the soil of the Moon for the acquisition of data that will belong to the Greek State and will be exploited by the Greek Universities and research programs. 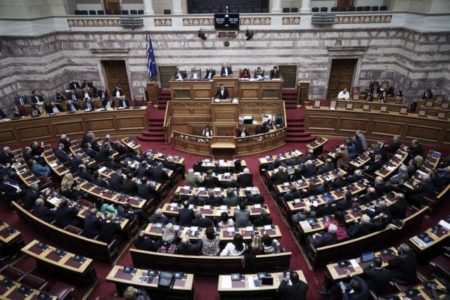