Israeli Prime Minister Benjamin Netanyahu says he wants to name a new settlement in the Golan Heights after President Donald Trump out of gratitude for the White House’s recognition of Israeli sovereignty over the territory.

Netanyahu was touring the Golan Heights on Tuesday and said there was a “need to express our appreciation” to the president. He says he will advance “a resolution calling for a new community on the Golan Heights named after President Donald J. Trump.”

Last month Trump officially recognized Israeli sovereignty over the territory it captured from Syria in the 1967 Mideast War. 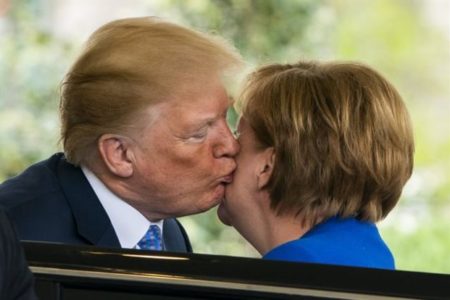